3. Peace and Freedom for Europe

The European Union was founded after the Second World War to secure peace as well as economic and social prosperity. Its principle missions are to main-tain peace within its borders, defend values such as democracy internationally, and to ensure the rule of law, respect for human rights and fundamental freedoms. Unfortunately, the EU institutions and member states fall short of defending these core values and civil liberties. Instead, the EU positions itself in opposition to a Europe of the Peoples.

By building a Europe of the Peoples, the European Free Alliance aims to support all peoples, including minorities, as well as nations, stateless nations and regions that peacefully aspire to political, cultural and linguistic recognition and recognition of their democratic institutions.

Europe has to defend sub-state level democratic institutions if it wants to defend democracy, peace and freedom within its borders.

The European Union today faces rising international tensions. The migration crisis inside the Union, the jihadi threat, and the question of internal enlargement posed by Scotland and Catalonia — it is time to construct another Europe.

The EFA supports a Europe that can meet the challenges of the 21st century. That’s not just a Europe without war, but also one that stands out for the recognition of its minorities, the right to self-de-termination and the unconditional respect of the dignity of people and respect for human rights.Based on those fundamental and democratic principles, the priority must be to prevent new conflict and resolve existing conflict through dialogue, as well as tackling all the consequences of conflict with special care for victims and political prisoners.

Cultural and linguistic diversity, social justice and the right of self-determination are inter-related. A new project for the Europe of Peoples is needed to meet the democratic challenges and provide the empowerment that Europe’s peoples aspire to.

The EFA seeks a modern, ambitious and prosperous Europe, not just economically, but also socially and democratically. It calls on the European Union to be more than ever a Europe of all peoples and regions where democracy, development, respect for human rights and fundamental freedoms complement one another. 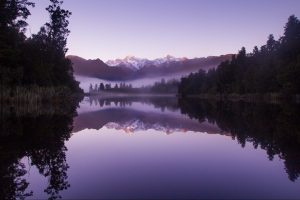