Defending and promoting language diversity is one of the principles of the European Free Alliance.

The European Union’s support for multilingualism is primarily focused on encouraging the use of official languages. The EFA, on the other hand, believes all languages are part of our intangible heritage — and demands the official recognition, promotion and use of regional, minority and lesser-used languages threatened with extinction.

A Europe of different peoples, different cultures, different languages: This is the Europe that the EFA wants to promote and support, in the interest of all European citizens. We want to value all languages from the EU’s historical and cultural communities, to protect the richness of our linguistic diversity.

Specific European programmes are therefore needed to ensure linguistic justice. Furthermore, all Europe-an institutions need to support the Council of Eu-rope’s work in making sure that every member state ratifies the European Charter of Regional or Minority Languages and implements its measures.

European languages and cultures form our cultural diversity. They contribute to the ecological balance of our societies, the way biodiversity does in nature. In many cases they are also a formidable tool for creativity and economic development through innovation and the promotion of local heritage.

European languages have a crucial role to play in the growth and cultural enrichment of local heritage. This is why the EU’s language policy must protect and preserve its diversity, including minority languag-es. To establish linguistic justice, we need to create equality between languages. 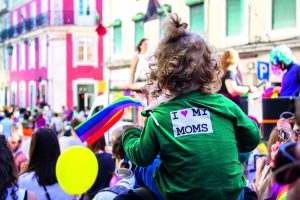