A Europe of all peoples is a Europe that makes no distinction between peoples and creates no categories, nor second class citizens. EFA wants another Europe which recognises the universality of all people as well as their distinct identities.

Since it was founded in 1981, the European Free Alliance has always believed that the European project must be based on the well-being and diversity of its peoples. The European Union can no longer content itself as being a union of nation states promoting their own interests. The EFA defends a broader, more inclusive vision of Europe, based on the desire to recognise and foster its diversity.

Being profoundly pro-European complements supporting a Europe of peoples. For EFA it is fundamental that Europe accepts and includes all peoples in the decision-making process in order to build a democratic Europe of peace, respect and solidarity.

The EFA would like to build a resolutely social Europe, a welcoming Europe, a Europe that is prosperous for every European citizen and that respects its own plurality. Euroscepticism and/or anti-EU populism bring no solutions. Europe must invest more in our communities by empowering the social fabric and building ties between peoples. An inclusive approach to welcome new citizens is essential in order to strengthen our sense of identity and community.

In order to reinforce the role of ALL peoples, the nations at substate level and/or regions with legislative powers must have a role of their own in European decision-making through a strengthened presence in an “Assembly of regions and peoples” replacing the toothless Committee of the Regions. This in order for ALL Peoples to have direct participation, with voice and vote, in the decisions affecting their citizens.
EFA defends a Europe of peoples where it is logic and evident that the European Parliament has the right to initiate new legislation and where the legislative process within the Council should be transparent. The President of the European Commission should be elected democratically.
It is TIME for the European Union to work for all peoples in Europe. 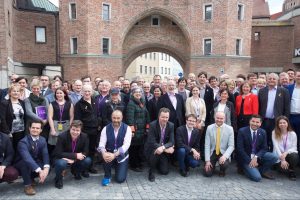 2. A Europe of all peoples.